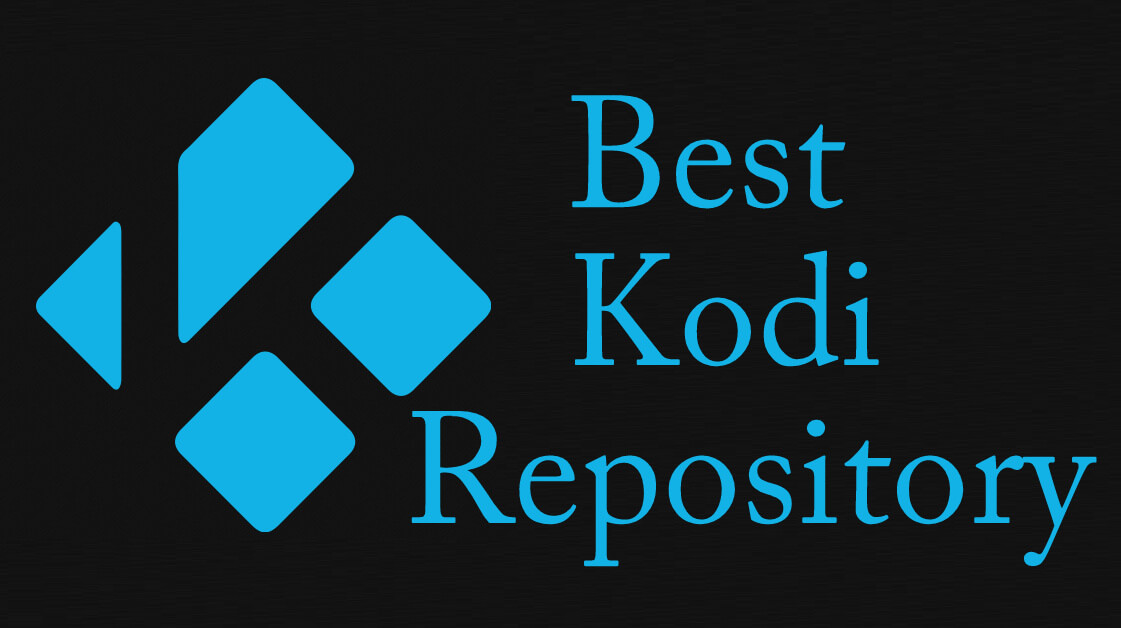 WARNING: Using third-party Kodi addons may no longer be safe and can compromise your privacy. It is recommended that you use a Kodi VPN to remain anonymous and secure yourself while streaming. We recommend using ExpressVPN or NordVPN – our top two recommendations from the best VPN list.

The included by default Kodi repository features some pretty good add-ons, you’re not going to find anything to change the look and feel of Kodi, and certainly not anything to stream content.

Warning: Kodi should only be used for content to which you have the legal right to access. Neither the Kodi Foundation nor KodiRevolution advocates the use of Kodi for piracy.

Want to install all the above Best Kodi repositories in a single click?

There is a special repository for you, Lazy Repository. As the name suggests, this repo is specially designed for lazy people i.e a person who finds the easiest way to do something. It really a boring task to add the external repository source to your kodi each and every time when you are adding a new repo.

This suffering ends here! As we know, the repository is a place where certain files are hosted. But lazy Repo doesn’t host any file. Instead, they host the links to other repositories. So it acts as a portal to access other repositories. Totally it has 54 repositories link, Which means you can install all those files from Lazy Repository URL. It saves lots of time. To access the lazy Repo, you can use the below URL.

The Superrepo is one of the best kodi repositories which has lots of sub-repository due to its vast collections of diverse add-ons. It is the host for most of the evergreen addons. Super repo is the most reliable repository. Super repos have 1700+ addons. In that 1000+ addons are video addons. And it is the largest of all repository. Due to the large size of the repository, they have even provided part installation of the repository. Which means you can install the required part alone.

TV Addons repo is back with the bang! with much-improved feature and with lots of new addons. Due to the copyright infringement, TV addons repo recently faced some issues. And once the charges are cleared, TV addons is back. It has some of the coolest features ever like GitHub Browser.

Since GitHub is the host to a lot of third-party addons, GitHub browser enables you to search for the addons by the developer username and let you install it. This method is similar to the zip file installation method. TV Addons is one of the three founding fathers of URL Resolver. The quality of the addons available in this repository is awesome!

It has 400 video addons and 80+ program addons. And hundreds of other addons like music add-ons, picture add-ons and a few more. Refer to the below guide to install Kodil Repository.

Are you a sports freak? And mostly using kodi to watch the live sports and updates? Then this is the special repository for sports lovers. Supremacy repository is dedicated to sports add-ons. It is the host for the best sports add-ons like sports devil, Supremacy Sports, Planet MMA, and Elektra Vault.

With these add-ons you can stream most of the live sports event, replays, and high lights. It also has a few all in one addon like Magic Dragon. It has lots of entertainment addon. Totally it has  22 video add-ons and 5 program addons. Follow the below guide to install the supremacy

Are you still a child by heart? Loves to watch anime and cartoon? Looking for some of the Best Kodi repositories for documentaries addon? Then this Brettus Repository will serve your need. Brettus repo is known for its vast variety of contents. Brettus Repo has a separate addon for each and every content. Starting from documentaries, Anime, cartoon, Live TV, 4K movies, TV series, and IPTV. Its a one-stop power pack repository for all your needs. It has separate scrapers to fetch the streaming links.

The specialty of the brettus repository is old content. Its have lots of evergreen TV shows, movies and anime series from early ’90s. Check out our latest guide to know more about the Brettus Repository and its installation procedure.

It is one of the recently released repositories. It has some amazing add-ons mainly focusing on IPTV services. If you are looking for the best IPTV add-ons, then we recommend you to try selfless addon from this repository. It is one of the very few addons which provides, all the streaming services in a single place. It also has other streaming addons like MAD Streams, Live Stream PRO, Sports 365 and a few more program addons. Since all these addons fetch the links from the same sources most of them are working fine.

Due to the recent shutdown of Blamo Repo, the users are puzzled about the alternate repository. Magicality is the best replacement for Blamo Repository. We can even say is a clone of Blamo Repo. The Neptune Rising and placenta had found its new home under magicality repo.

To be on safer side, this repo has a forded version of Neptune Rising kodi addon. Though the Blamo repo is down, the addons are still active and working good. It also has a special addon for dubbed anime series and drama. Make sure to check out this repository.

AJ Repository is full of all-in-one addons. This repository is known for its movies, TV shows, Live TV and sports contents. And the best part is, this repo has integrated addons. Similar to lazy repo concept. You can access all the contents of the addons available in this repo with a single portal addon. In other words, with a single addon, you can fetch the content of the entire repository. check out the below article to know more about the AJ Repository.

Stream hub repo is yet another repo for entertainment from the Best Kodi repositories list which can stream movies, tv shows, etc. But one of the unique features of this repo is they can stream the same content in various quality such as 4K, HD(1080p), 720p, 360p. In doing so its help the Kodi user who has limited bandwidth. Stream hub and Flixanity are some of the famous add-ons from this repo.

This repo could make to the top of the Best Kodi repositories list easily due to its features. Since its a new repo, we are listing it here. If you are a movie freak you would fell for this repository. This repo is specially dedicated for movies. You can stream all genres of movies. It also includes a special addon for streaming Hollywood, Bollywood and Kollywood movies. It even has some of the best of Chinese, Japanese and thai movies.  To know more about this repo, refer to the guide below.

Learn more about popular features in Kodi, tips and tricks by checking some of our other posts in the Kodi category.