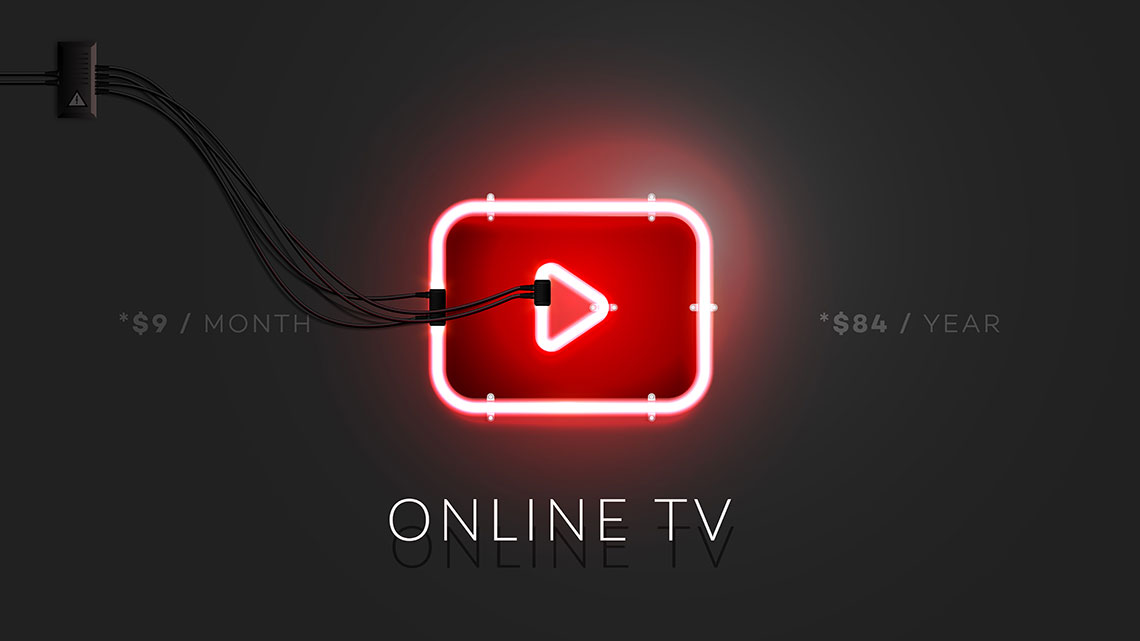 Streaming television is the digital distribution of television content, such as TV shows, as streaming video delivered over the Internet.

It depends on from which provider you are buying TV Streaming Service as many providers are licensed and they are 100% legal. Similarly, there are many third-party IPTVs available on the internet which are not licensed this is why make sure to only buy from the trusted and licensed one.

When these streams access or provide access to copyrighted content, legality comes into question. Laws vary from country to country, but most jurisdictions are becoming stricter which is why a reliable VPN like Nord VPN is your only salvation.

YouTube TV is an American over-the-top internet television service that offers live TV, on demand video and cloud-based DVR from more than 70 television networks. They provide you with 6 different accounts so every family member has their own account, but only 3 accounts at a time can be used.

The service starts at $54.99/month and gives you access to over 60 channels that include sports, news and entertainment. The platform uploads new episodes of TV shows from multiple networks a day to a week after it is released.

It has already grown to 20 million subscribers and it offers introductory Free trial for one week. If you’re looking to unlock the “Unlimited Screens” and upgraded Cloud DVR storage options, you’ll be charged an extra $14.99 for each.

SlingTV was introduced in back 2015 and this was the first company that introduced IPTV. SlingTV offers DVR recording of 10 hours free of cost but a user can purchase additional hours.

While there are some major channels missing from the Sling TV package, overall the service is a great alternative to those looking to save on cable costs.

Content doesn’t carry over from device to device, so viewers who start a show on their tablet will have to fast forward on their TVs in order to get back to their stopping point.

Pluto TV is a video streaming software that offers free television broadcasting through the Internet. Pluto TV has great support for various devices and Smart TV. It provides a lot of TV programs that you can watch 24/7.

There are more than 100 channels, 80 categories and 1000 programs that you can enjoy for free. Pluto TV can be installed on various devices, such as Smart TV, iOS, Android smartphone, Mac, and Windows PC.

One negative aspect is the fact that you can’t choose the programs that are available in the lineup.

Their offers include tiered pricing plans, premium programming options, and access to as many as 25,000 On Demand movies and shows. The number of available channels and on-demand movies varies depending on the package you subscribe to.

USTVNow is a streaming TV service offering U.S. TV channels via an online subscription and no longer has a free plan for just “local” network channels. USTVNow is available on multiple devices including phones, tablets, and computers, as well as Roku.

USTVNow dropped the free package with 7 free channels offer and now has only two subscription options, one of which offers a DVR. USTVnow is good if you aren’t primarily using it for live sports. It constantly refreshes, especially with the NBA.

fuboTV is a sports and entertainment live streaming service that offers users’ exclusive access to over 100 sports channels while delivering outstanding performance.

fuboTV is a paid service $55/mo with a 7-day free trial with thousands of on-demand titles and more on your TV, phone, tablet, computer and other devices.

Record what you want and watch it on all your devices with 30 hours free Cloud DVR Included.

Learn more about popular features in Kodi, tips and tricks by checking some of our other post in the Kodi category.